Getting from the beginning of a pregnancy to birth can be a difficult experience for both the parents, although it’s certainly much harder on the mother. Having a party to celebrate the coming of a new child into the family can give them something to look forward to.

A diaper party, or diaper shower, is a baby shower for men who are fathers-to-be. Diaper parties serve two purposes. The first is to celebrate the father’s role in the upcoming baby’s life, and the second is as an opportunity for friends of the family to give them diapers or other utilitarian gifts. Diaper parties are more casual than baby showers.

But what does a normal diaper party look like? And what do you need to take into account when planning to throw a diaper party? In this post, we will share ideas to include when you throw your own diaper party, including diaper party games, diaper party invitations, and what kinds of gifts to expect (or bring if you’re attending!)

Only two requirements need to be met for a party or gathering to be considered a diaper party:

The rest is up to you! And, of course, the Dad to be’s interests.

The event should also be a type of party, but what a party looks like depends a lot on you and your friend group. A diaper party could be a low key get-together of four to five friends where you all play Smash Bros, or it can be a larger event where you invite Dad to be’s family, coworkers, and other people only slightly related to you over for food and snacks. Either way, decorations are rarely necessary as the only attendees are typically men.

The only people you need to invite to a diaper party are the people you want to have at it! You should keep in mind that many diaper parties involve the significant others of the women who attended the baby shower, but who’s gonna tell them if you don’t invite them? Don’t feel pressured to invite people you don’t like. You aren’t obligated to invite anyone.

As for diaper party food, anything goes. BBQ is usually a hit with men, but you could do pizza, chips and dip, or whatever else you desire. If you want, you can do a cake as well. This cake could be a decorated cake with some kind of diaper imagery, or it could be a featureless cake that doesn’t look like a diaper in color to take your mind off of the whole diaper concept while you’re eating. It’s entirely up to you!

As for drinks, because you are not pregnant, you can serve alcohol at a diaper party. Beer is usually the drink of choice, but have a variety of alcoholic beverages available so everyone can drink something they like. If Dad is a beer lover, you could also have a diaper keg party with Dad’s favorite beer.

Oftentimes, diaper parties are held at the same time as baby showers because men are often not allowed at a traditional baby shower (and they may be at a Sip and See party). The diaper party gives the dad and his friends something to do with his guy friends while their wives, girlfriends, and friends are participating in baby shower activities and playing baby shower games. It helps dads not feel left out of the festivities. Of course, you could always do a co-ed baby shower, but this is a fun way for both of the expecting parents to feel equally celebrated!

Do not be mistaken! The activities in this kind of diaper party do not involve wearing the diapers! That is a very different kind of party. Good diaper party activities are usually the kinds of activities that you and your friends normally do, with the added stipulation that most of the guests have brought at least one package of diapers. If the only gift all the guests bring is diapers, then your party was still a success!

Because this is a party for men, more casual activities are typically best. But, if you have a party theme, run with it! Alternatively, playing games like Poker, Mario Kart, Cards Against Humanity, or basketball are all good options, especially for smaller groups. You could also play poker if your friends are into that.

For large groups, you may have to plan for an activity that doesn’t involve games. It does not need to involve the diapers. In fact, nobody even needs to acknowledge the diapers after you have thanked the guests for them and started the party. Drinking games are a great option, or you can simply watch a movie. You could even go to a bowling alley or play golf. Whatever you and the Dad are into!

If your friend group is really into sports, you could plan the whole day around a sporting event. A local sports bar may be into hosting (or just being okay with you having your event there).

Here are some more diaper party ideas to consider.

The people who will be attending the party are presumably your local friends and family. If they need an invitation more formal than a text message, they probably aren’t worth inviting. However, that doesn’t mean that you can’t send a more formal invitation if you want.

If you want to send invitations that make it clear that they are receiving an invitation for a diaper party, find a card shaped like a diaper and use it as the invitation. Also, if you choose to send diaper party invitations, I would probably include a short message about the day’s plan and invite them to bring diapers if they want! Not many people host these parties, so your guests may have no idea what to expect or bring to a diaper party.

What gifts are appropriate for a diaper party?

Diapers, wipes, and other diaper-related consumables (and maybe some light snacks) or useful baby gear are appropriate gifts for a diaper party. If you have been invited to a diaper party and are trying to figure out what you should get the dad-to-be, the answer is diapers and maybe a bag of chips. Anything that new parents need will be welcomed, though, I’m sure!

Ask the dad-to-be if their family has any preferences about diaper brands or particular lines of diapers. You may also want to coordinate with friends to buy differend size diapers or to focus on newborn and other smaller sizes that they’ll need sooner rather than later. This way they will have more diapers as baby grows or enough to get them through the newborn stage. Trust me, it is crazy how many diapers a baby will go through.

What kinds of diapers to ask for

Babies use a tremendous amount of diapers in the first few weeks of their lives, but they’re also famous for growing faster than you expect them to. To make sure your supply lasts, you should ask for diapers that are sizes 1 to 5. This is the period where babies tend to use the most diapers, and getting a fairly even spread of different sizes should prevent you from getting so many diapers of one size that you don’t get to use them all before your baby grows out of them.

Your guests will assume you want disposable diapers. If you prefer cloth diapers, I would even call the event a “Cloth Diaper Party” to be super clear. You may also have to do quite a bit of explaining to get them on board…

Party favors can be whatever you like and aren’t incredibly necessary, although they probably shouldn’t be diapers as you’ll be needing those. Determine the party favors that you would want to receive at a diaper party and put the items in a small gift bag.

If you need a few ideas, you can put the following items in your diaper party gift bags:

A diaper party is a great opportunity for you to give weird gifts to your friends and acquaintances. However, the main purpose of a diaper party is to give an essential item to a father-to-be and have fun together before their baby comes, so don’t worry too much about this part!

We hope these easy ideas have helped you plan an awesome diaper party (or at least feel prepared to attend a diaper shower!) This is a fun way to welcome the new baby while celebrating dad and showering him with practical gifts. Remember, you can have a super chill diaper party, where the men just hang out, play a few games, and socialize, or you can go all out with diaper party decorations.

It’s ideal to plan the diaper shower on the same day as the baby shower, especially if Momma is having a traditional or virtual baby shower where it’s women only. If you are attending, don’t stress too much about gift ideas! It’s totally okay to wrap diapers (or just give them a box) for a gift, or to give other equally practical items like baby bottles and baby wipes. Anything the new baby will use will be great!

Mary Jane Duford is a digital content creator and mom of three. She is also an engineer and bit of a plant nerd too. She has been featured by publications such as Real Simple, Mother Earth News, Homes & Gardens, and Family Handyman.

Hey there! My name is Mary Jane, the Mom of three behind this blog. I love helping families navigate the busy life that comes with the title "Mom," and finding ways to celebrate along the way.

Have we connected on social media yet?

Simple home decor ideas to spruce up your home

How to make a snow volcano experiment for kids

Simple preschool sorting activities you can do at home 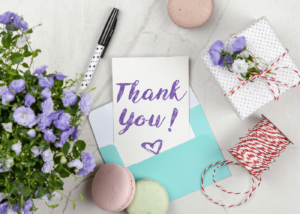 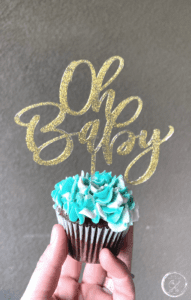 What to write on a baby shower cake? How to host a virtual baby shower 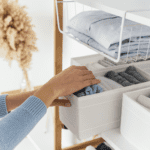 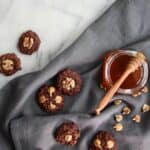 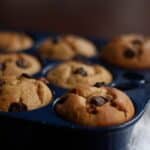 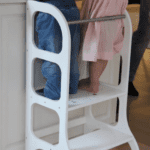